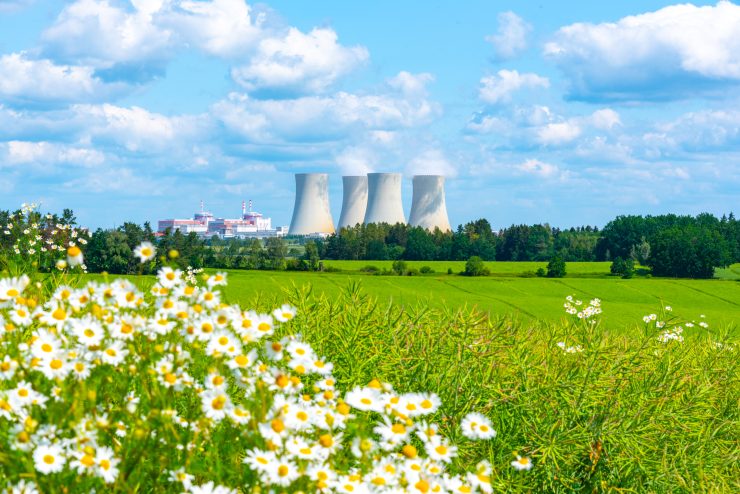 One of the main elements used in nuclear fission is uranium. This needs to be mined, much like coal or other ground based minerals and rocks.

The difference with mining for coal versus uranium is that miners need to make sure they are not being exposed to too much radiation, especially when in underground tunnels where they cannot be protected by cover that would stop radiation.

Kazakhstan, Canada and Australia are the top three countries where uranium is mined. We do not mine any uranium in the UK as it’s not a natural resource available to us in the amount we would need.

Uranium is not used in its natural rock form after the mining stage, so needs to be converted into a state that is suitable for the rest of its journey.

After being ground down to a powder (known as yellowcake), the uranium is mixed with fluorine to create uranium hexafluoride gas.

This process can work the other way, with deconversion returning the uranium hexafluoride back to uranium oxide, which is safer to store until needed or deemed waste.

Conversion turns the powder from a solid to a gas, which when cooled transforms to a liquid. This liquid is transferred into cylinders ready for transport, at which point it cools again into a solid. Phew! That’s a lot of transformations!

When we ‘enrich’ something, it tends to mean we improve something or increase it’s quality. This is what happens to the solid form of uranium hexafluoride at the enrichment stage.

Nuclear fission in a power station can only work with U-235, however this particular element makes up only 0.7% of uranium, the other 99.3% being U-238.

Uranium needs to have 3-5% U-235 for fission to take place, so we need to increase the amount of it

This is done by adding the uranium hexafluoride from the last stage to a centrifuge, which is a container that spins extremely fast so that whatever material is held in it separates into its lighter and heavier parts. For example, cream from milk, liquids from solids, or in this case, heavier isotopes from lighter isotopes.

As the uranium spins around the centrifuge, the elements are separated, with the heavier U-238 atoms being pushed out to the sides due to centrifugal forces, and the lighter U-235 atoms staying in the centre.

The heavier U-238 isotopes are then taken out of the centrifuge and the U-235 isotopes are put back in and spun again to remove more of the U-238 isotopes. Doing this several times increases the percentage of U-235 needed for fission to take place.

To be used in nuclear reactors, uranium is placed in fuel rods as pellets like those shown above.

This is carried out in the fabrication stage, with the enriched uranium powder being pressed down into small ceramic coated pellets.

One pellet of enriched uranium the size of the tip of your finger produces the same amount of energy as a whole truck full of coal!

At this point, nuclear energy starts to act the same way as other thermal power stations using fuel like oil and natural gas, except for one difference; nuclear fission.

While oil and natural gas are burned (combusted) to produce heat and steam which turn turbines which then generate electricity, nuclear fission needs to happen in nuclear power stations in order to produce the heat needed for the rest of the thermal power generation process.

Now the electricity generated from nuclear fuel is transported around the country through miles and miles of power lines, gradually getting lower and lower in voltage until it’s safe enough to come into our homes and businesses.

The image below shows the electricity journey from the starting point of the power station.

Find out more about the electricity journey here. 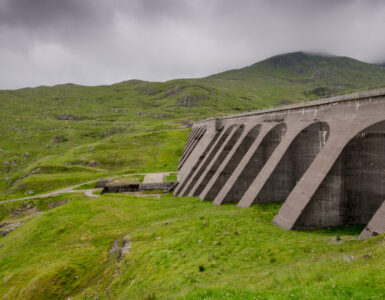 Discover how Cruachan the hollow mountain generates electricity in 28 seconds. 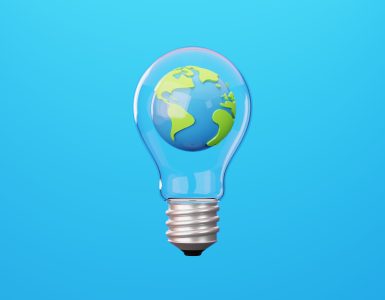 What do we use to build solar panels and wind turbines? We need lots of elements from rocks and minerals from the Earth! 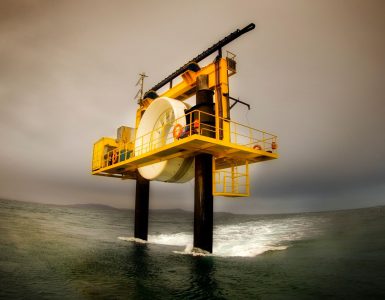 The movement of the tides can be used to turn turbines that drive generators to produce low carbon electricity.